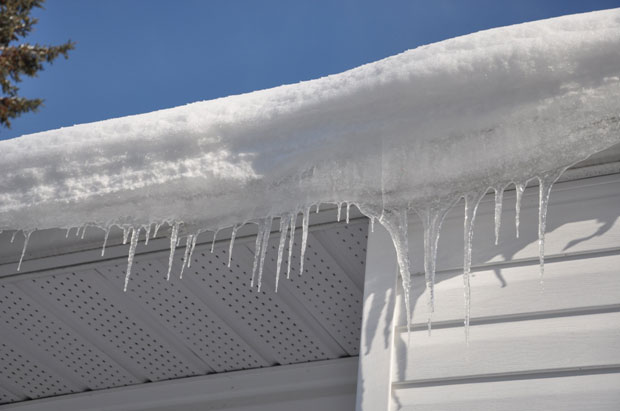 Everything You Need to Know About Roof Snow Removal

Houses all covered in snow look snug and picturesque on postcards. That couldn’t be further from the truth in real life. Having snow piled on your roof is dangerous, can damage your roof, and is a pain to remove.

Think about this, in just one month, one insurance company received over 16,000 claims in only 11 states for roofs collapsing due to heavy snow. That’s not a small number.

Of course, you don’t want to be one of the unlucky ones to have your roof come down around your ears. Check out what you need to know about roof snow removal here.

Why Is Roof Snow Removal Important?

We just mentioned the main reason that roof snow removal is important. You don’t want to have your roof collapse down on top of your and all your possessions.

But why does it happen? Let’s take a look at how snow affects your roof.

Have you ever built a snowman? If you have, you may have noticed how heavy those balls of snow get as they get bigger. Snow may look all light and airy like cotton candy, but it is actually dense and heavy. And the longer it sits on your roof the denser and heavier it gets.

When snow first falls it’s at its lightest. As more snow accumulates on top, it compresses and gets heavier. Dense, wet snow can weigh more than 20 lbs per cubic foot. Eventually, it gets so hard-packed that it turns into ice.

Once an ice dam starts building up you’ve got a serious problem. Just one cubic foot of ice weighs a whopping 57 lbs! Multiply that by how big that ice dam is and it can easily weigh several thousand pounds.

Another big issue with letting snow sit on your roof is standing water. The heat from your home will melt the layer of snow sitting directly on your roof. The water goes running down the roof and accumulates in the gutters.

But what if your gutters are clogged with debris and the water can’t drain properly? Or maybe it’s cold enough to flash freeze the water again, causing it to get stuck in the gutter or downspout and freeze.

The water still needs to go somewhere. Unfortunately, it usually backs up and begins to get under your roofing shingles. Your first indication will be when you start to see water dripping down through your ceiling.

Roof repair was probably NOT in your plans for this winter season.

When Is It Necessary?

You know why you should remove snow, but knowing when it’s time for snow removal is just as important.

The truth is that it can be quite difficult to know when you need to remove snow from your roof. Since not all snow weighs the same we can’t just give you an arbitrary measurement.

You have to take the condition of the snow into consideration. Fresh snow that is only a foot deep or so won’t be a problem. But old, wet snow turning into ice is a concern, even if it isn’t piled very high.

Also keep in mind that it much easier to remove fresh, light snow from the roof. The denser and heavier it is, the harder it is for you to safely remove it. Once it becomes ice, you’re really in trouble.

How to Use a Roof Rake

So how do you get that snow off your roof? One common method is by using a long-handled roof rake.

This works best while the snow is still light and powdery. Once it becomes heavy and wet, you’ll have a much more difficult time of it. Once ice begins to form it’s virtually impossible.

You use a roof rake from the ground. You may be imagining using it as you would a rake for fall leaves, but this is a different kind of tool.

The roof rake is a square frame that you push up onto your roof. It has a slippery mat that you want to slide under the snow.

As the frame cuts through the piled snow it breaks the snow away. Then the snow’s own weight causes it to slide down the roof and fall to the ground.

A Note About Power Lines

Watch out for any power lines either on your roof or hanging along the street in your front yard. Just think for a second what would happen if you’re holding a metal rod, standing in a puddle of snow and touch a live wire.

When Raking Is Impossible…Can You Shovel?

As you can imagine there are a few scenarios where the snow rake won’t work. If you let the snow become dense and wet it will be hard to push the rake into the thick snow.

Not only that but raking from the ground is only practical for a one-story house. You can buy extension poles, of course. But a pole long enough to reach up and loosen the snow on a two-story roof will be very heavy and unwieldy.

Shoveling is a better option in these cases. But it’s dangerously slippery up there on your roof. If your only option is to climb up and shovel the snow off your roof, this task is best left to the professionals.

Remember, you can seriously injure or even kill yourself falling off a roof. It isn’t worth the risk.

Do you think you’re going to need roof snow removal services this year?

It’s best to be prepared before the first snow begins to fall. Contact us to learn about our professional snow removal services for a safe and happy winter!

PrevPreviousSkyline Timeline: How Long Does a Roof Last?
NextToo Old and Too Dirty: When You Should Consider Gutter ReplacementNext

When roof problems arise, it’s not always easy to know whether a simple repair is

Out Of All The Roofers In Our Area, Why Hire Point Roofing?

General Contractor and Roofing Contractor: There’s A Difference…Does It Matter?

Homeowners sometimes turn to general contractors to handle repairs and other work around the home. 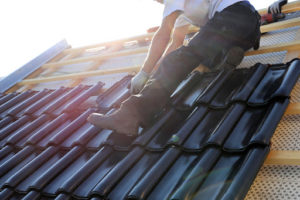 Importance of Choosing a Reliable Roofing and Restoration Company

Did you know that the average roof should last for about 30 years. However, there